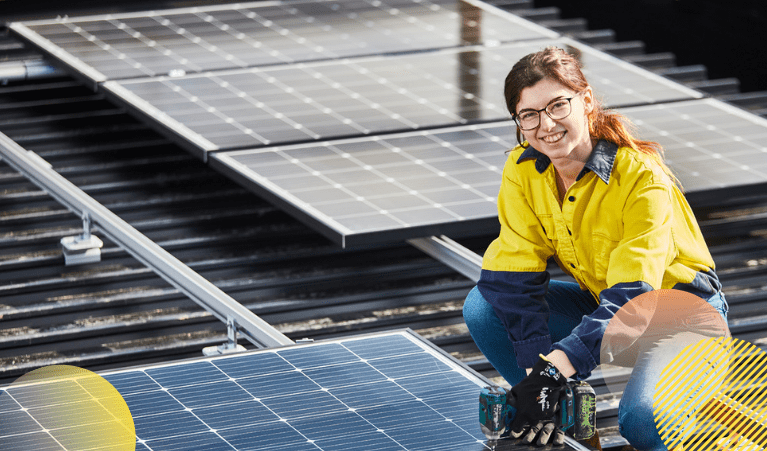 We are committed to attracting more women to take the first steps in a fulfilling and rewarding career in the solar and renewable energy sectors – and supporting them in their journey.

Women are significantly under-represented in the solar industry, making up less than one per cent of electricians, plumbers, solar PV and battery designers and installers, and licensed electrical inspectors.

Learn more about how we are helping to empower women and working toward achieving gender diversity.

Clean Energy Council accredited installers and designers can also gain 10 continuous professional development (CPD) points per session by attending the workshops and events on this page. Please apply for your CPD elective training points through the CEC website.

Enhance and support your experience of the solar and home heating and cooling industries with free career and professional development mentoring.

Women working in our programs or participating in our training, who would like support to enhance their careers through personalised professional mentoring, are encouraged to reach out to us with any questions at: industrytraining@team.solar.vic.gov.au.

These mentorships will especially suit women starting out in the solar or home heating and cooling industries, and who are unsure of the direction their career could take or how to get there.

To be eligible to take part in career and professional development mentoring, you must be:

This is a series of information sessions promoting the solar industry as a career path for women working in, or thinking about working in, the industry. This includes fourth-year apprentices, qualified plumbers and qualified electricians.

The sessions included guest speakers and industry champions promoting the solar industry and sharing what the journey has been like for them.

This initiative is funded by Solar Victoria and presented by Tradeswomen Australia.

Speakers for the event on Wednesday 29 June 2022 included:

Speakers for the event on Wednesday 25 May 2022 included:

This initiative is funded by Solar Victoria and presented by Tradeswomen Australia.

Speakers at our last workshop on Wednesday 11 May included:

We encourage women in solar and those considering a career in solar to reach out for support, advice and resources from established and respected organisations.

Among those committed to growing a community that encourages women to join and be successful in the solar industry are: 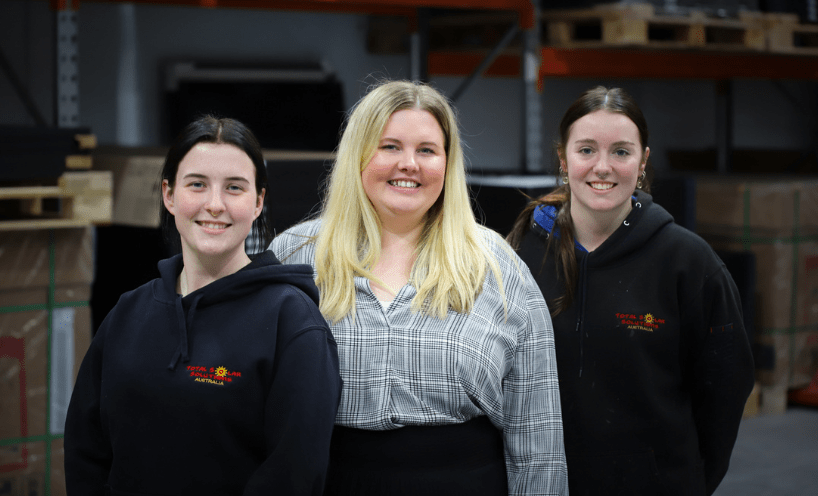 Building a better industry with women

Christine Kennedy is a passionate advocate for women in the solar industry. When she heard about our program for women, she jumped at the chance to employ Madi and Darcey.

Solar Victoria is investing $11 million to deliver a comprehensive training and workforce development package. Our aim is for the residential solar and the heating, ventilation and air-conditioning industry to have the skills and capabilities to deliver our programs and to support growth.

Boosting training and workforce development will ensure Victoria has an ongoing supply of skilled workers to support growth in the renewable and clean energy sector.

For general enquiries please email industrytraining@team.solar.vic.gov.au or call our Customer Service team during business hours 8:00am – 6:00pm Monday – Friday (except public holidays) on 1300 376 393. 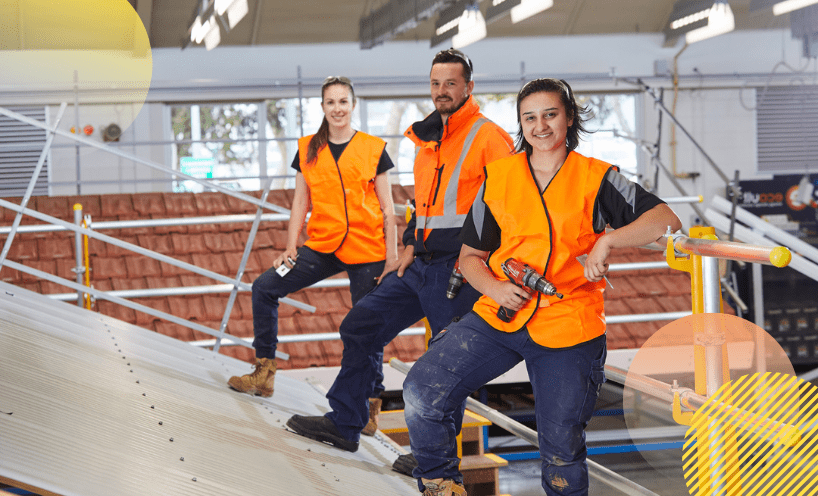 We are investing $11 million to deliver a comprehensive training and workforce development package. Learn how you can upskill for free or at low-cost to help grow Victoria’s clean energy workforce.

These apprenticeships are aimed at recruiting more women to take the first steps in a fulfilling and rewarding career in the solar and renewable energy sector.

Sign up to Solar Victoria's industry and consumer news.