The Victorian Government’s Solar Homes Program is on track to see a record year of solar installation on Victorian roofs with the announcement of an additional 23,000 rebates this financial year.

The announcement also includes a decision to increase the frequency of rebates to twice a month, meaning there will be two separate rebate allocations each month.

Some rebates will be reserved for manual applications for those who choose not to engage online.

It’s a significant boost to the number of rebates available for owner-occupied rooftop solar.

The government announced the expanded program today as part of a major push for Victoria to reach its target of 50 per cent of its energy to be provided by renewables by 2030.

The next round of Solar Homes rebate allocations opens at 9am next Monday, 2 September, instead of Sunday the 1st. The value of the rebates remains the same.

The Minister for Solar Homes, Lily D’Ambrosio, said expanding the program will boost installation rates in the lead-up to summer when maximum cost-cutting on energy bills can be delivered.

A number of enhancements to the Solar Homes Program have also been announced including:

In the first year of the program Victorians who have benefited from rebates are estimated to have saved $45 million. 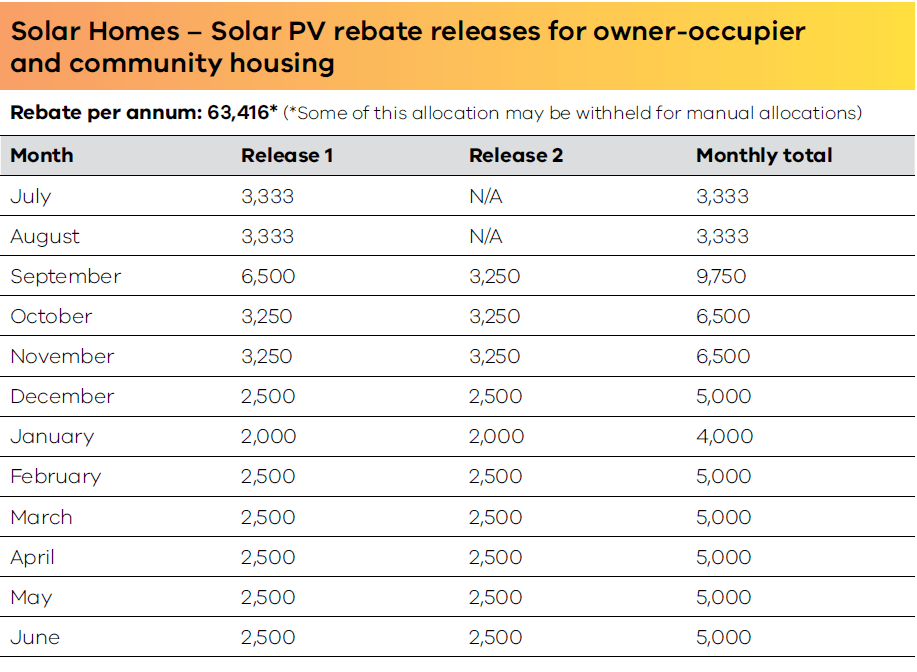